Sri Maan Sant Avtar Singh Ji was a great meditator, seeker of Naam, finder of the Almighty in every one, well-wisher of all, giver of Naam, doer of welfare, embodiment of Sewa, kind, fearless and without enmity, and omniscient. He was born in the family of mother Gurdial Kaur Ji and father Sri Durgadas Ji of Kaunke Kalan, (Teh. Jagraon, Ludhiana) on Falgun 10, 1953. After completing his schooling in 1970, he tried to attend to his family responsibilities for the next 7 years. His experience with the ways of the world inspired him to leave the false worldly joys and seek the true joys of the spirit. He left home to completely dedicate himself to Sant Darbara Singh of Lopon. At that time Sant Darbara Singh Ji was conducting the kar sewa of Patalpuri Temple at Kiratpur Sahib. Sant Avtar Singh Ji was given the duty of chief sewadar. By doing his duty efficiently, he was able to please his master. Thus pleased Sant Darbara Singh Ji bestowed on his choicest disciple the gilti (dress) to be made out of his bana. After Sant Darbara Sing Ji left for the heavenly abode, Sant Avtar Singh Ji dressed himself in this gilti. Thus properly dressed as a saint he came to Haridwar and joined Nirmala sadhus. He started living there in the company of Mahant Sucha Singh. 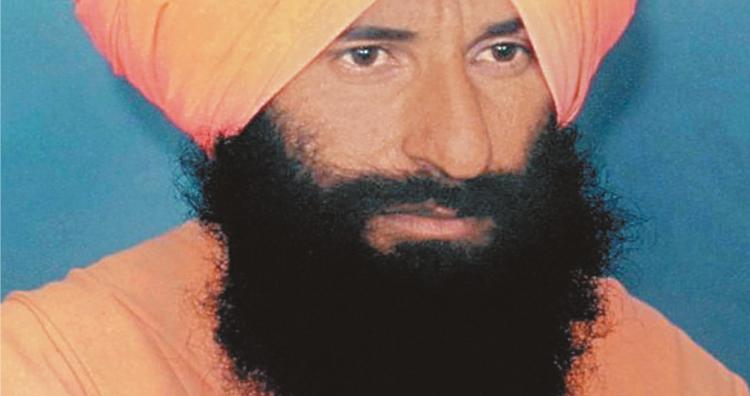 Sant Avtar Singh Ji took the charge of Nirmal Kuteya Seechewal when he was 28. When he first came to this place, the condition of Seechewal was briefly as follows:

At such time Sant Avtar Singh Ji came to Nirmal Kuteya and heard, knew, experienced, and tried to remove the sorrows and sufferings of the people. His joyful nature, his preaching of Gurbai, his efforts to solve people’s problems, his practising of meditation, all this started fascinating the people to Nirmal Kuteya. He tried to transform people of all ages - from children to old men into saints. He often used to repeat these words: “There is a lot of difference between a philosopher’s stone and a saint,  the stone converts things into gold, the saint into something like himself.”  The acts of public welfare he did at Seechewal, cannot be confined to words. He transformed the Nirmal Kuteya, which was an isolated place as a grove of thorny bushes. He uprooted the thorny bushes and planted in their place different fruit trees such as mangoes, almonds, guava, pomegranates, and kinnows.

The greatest work he did was that of making up for the lack of the teaching in Gurbani. He started this work by teaching children. Sant Balbir Singh Ji and Bhai Shingara Singh were his first pupils to take santhya from him. After that, the santhya of Gurbani continued, which prepared the children of Seechewal village and the area to be Akhand Pathis. He did a great favour to those who were ignorant of Gurbani. He attracted people to himself by bestowing Naam on them. Nobody could have imagined that such a huge institution would be established at the Nirmal Kuteya of Sant Lal Singh, where true seekers of the path of Gurmat would be produced. To meditate and teach others to meditate, to prepare Akhand Pathis through santhya, to teach techniques of recitation of Gurbani as per proper convention, to serve others considering them the manifestations of the Almighty, & respect them, to give equal status to women, to teach ways to serve Langar (free food), to prepare the Gursikhs who could be the doers of welfare and who can maintain the spirit of Sikhism, to impart free education to children, etc. were his basic tenets. On 14th Jeth (27t May) 1988, some cruel but cowardly people tried to uproot this plant. In this event Sant Avtar Singh Ji and Bhai Hari Singh were martyred. The Bhog of Sri Akhand Path on his demise was held on June 6, 1988. In the presence of a large gathering Sant Balbir Singh Ji was made in charge of Nirmal Kuteya Seechewal through Nirmala convention of Dastar Bandi. Jeth 14 is celebrated every year at Nirmal Kuteya in the pious memory of Sant Avtar Singh Ji.